Share a memory
Obituary & Services
Tribute Wall
Read more about the life story of Billy and share your memory.

Billy Wayne Campbell, 88, husband of the late Patricia Mae Campbell and a resident of Accomac, VA, passed away at his home on Friday, January 13, 2023. Born May 13, 1934 in Marshall County, AL, he was the son the late Merritt C. Campbell and Ellie Spurlin Campbell.

Following high school, Billy served his country the United States Army, spending the majority of his term stationed in Germany. On December 16, 1955, he married the love of his life, Patricia Mae Kohne, with whom he shared 63 beautiful years until her passing in 2018. That same year, Billy began his 43 year career with Bethlehem Steel Corporation in Bethlehem, PA, where he worked as an analyst in the chemical department. Upon retirement, Billy and Patricia relocated to the Eastern Shore of Virginia, residing in Accomac over the last 25 years.

Survivors include his son, Gary Wayne Campbell and his wife, Sharon, of Accomac; sister, Sheryl Hargadon of Pasadena, MD; brother, James Russell Campbell of Baltimore, MD; sister-in-law, Carolyn Campbell of Arizona; grandson, Tyler Wayne Campbell of Accomac and several nieces and nephews. In addition to his wife and parents, Billy was predeceased by his sister, Boots J. Batton and brother, Terrell Campbell.

Funeral services will be conducted from the graveside at the Edgehill Cemetery, in Accomac, on Monday, January 16, 2023 at 2:00 p.m., with The Reverend Robert Fletcher officiating.

To send flowers to the family or plant a tree in memory of Billy Wayne Campbell, please visit our floral store. 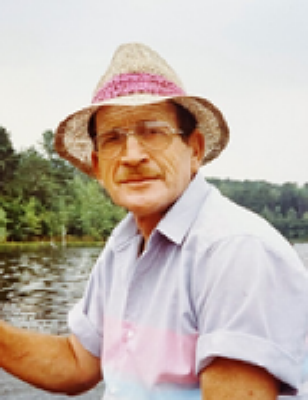