Share a memory
Obituary & Services
Tribute Wall
Read more about the life story of C. M. and share your memory.

Carlisle Mister "C. M." Williams, Jr., a native of the town of Painter on the Eastern Shore of Virginia, passed away early on the morning of October 28, 2022 at his home in Falmouth, Stafford County, Virginia.

A 'baysider' born on his grandparents' farm, his family moved from Painter to Onancock, Virginia when he was 12. C. M. graduated from Onancock High School in 1955, and from East Carolina University in Greenville, NC, where he attained a BA in Business Administration in 1960.

An Eagle Scout, he lived by the morals and values of scouting his entire life.  We all heard many stories of attending the Boy Scout Jamboree in California with his brother Johnny in 1953, crossing our country by train. C. M. was a lifelong Methodist and member of Fredericksburg United Methodist Church. He was very proud of his membership in Fredericksburg Masonic Lodge #4, A.F. & A.M., known as George Washington’s Mother Lodge and in continual existence since 1752. He very ably served in many capacities within the counties he led, his community, and the Commonwealth of Virginia.

He was not one to seek recognition but received many accolades throughout his professional life including Goldey-Beacom College Distinguished Alum, and Doctor of Humane Letters Degree from Mary Washington College and the Monroe Medal, both in 2003. He considered one of his greatest accomplishments, joining with others to acquire George Washington's Boyhood Home "Ferry Farm" so current and future generations would have access to an important segment of our nation's history.

He was integral in bringing the long envisioned 1000-foot runway extension at Stafford Regional Airport to fruition and having Stafford County’s Government Island placed on the National Register of Historic Places and the Virginia Landmarks Register. His commitment to not only the present and future of his county but the past as well, was evident in his being responsible for the installation of a history wall at Stafford Hospital depicting Stafford County history, and his encouragement of the Stafford County Historical Society to have a museum in which to showcase the county's rich history.

While he did not possess the need to be recognized for accomplishments throughout his life, perhaps sharing the following would be most important to C. M.’s legacy: his wish of wanting us all to be kind, honest and always striving to do our best.

A funeral service to celebrate his life and faith, will be held on Saturday, November 5, 2022 at 3:00 p.m., from Fredericksburg United Methodist Church, 308 Hanover Street, Fredericksburg, VA  22401, with a reception following.

Memory tributes may be shared with his family at www.williamsfuneralhomes.com.

Arrangements by the Williams-Onancock Funeral Home.

To send flowers to the family or plant a tree in memory of C. M. Williams, Jr., please visit our floral store. 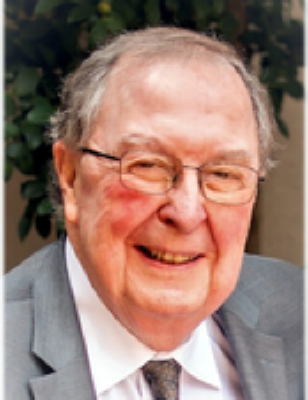 You can still show your support by sending flowers directly to the family, or by planting a memorial tree in the memory of C. M. Williams, Jr.
SHARE OBITUARY
© 2023 Williams Funeral Homes & Shore Crematory. All Rights Reserved. Funeral Home website by CFS & TA | Terms of Use | Privacy Policy | Accessibility