Share a memory
Obituary & Services
Tribute Wall
Read more about the life story of Lola and share your memory.

Lola Ann Wurtmann, 90, passed away peacefully on Tuesday, January 17, 2023 at Manokin Manor in Princess Anne, MD. Born February 11, 1932 in Queens, NY and raised in Ossining, NY, she was the only child of the late Clara Ann (Gann) Grochan.

At the age of 14, Lola began modeling in Manhattan, NY. In her late 20s she met the love of her life, William “Bill” Edwin Wurtmann, and eagerly resolved to life as a homemaker. Together, Bill and Lola, resided in Cobleskill, NY until moving to the Eastern Shore of Virginia in 2000. Lola’s domestic skills were unmatched. If you were fortunate enough to receive one of her homemade macaroni and cheese dishes, you knew you had entered Heaven. Rarely idle, Lola also enjoyed quilting, knitting, and sewing. Known as “The Candy Lady” to many, Lola faithfully distributed bags of chocolate and caramel to local businesses, police officers, clerks, and EMTs throughout the week. On Fridays, Lola had a paper route and would distribute dozens of Eastern Shore Posts, along with local grocery store ads, to shut-ins and friends.

Lola is survived by her daughter and son-in-law, Kim and Fred Miller, of Southside Chesconnessex, VA.

Family and friends will gather privately to celebrate her life.

Contributions in her memory may be made to Friends of Animal Control Eastern Shore (F.A.C.E.S.), 18299 Killmontown Road, Melfa, VA 23410.

Memory tributes may be shared with the family at www.williamsfuneralhome.com.

Arrangements are by the Williams Funeral Homes, Onancock and Parksley, VA.

To send flowers to the family or plant a tree in memory of Lola Ann Wurtmann, please visit our floral store. 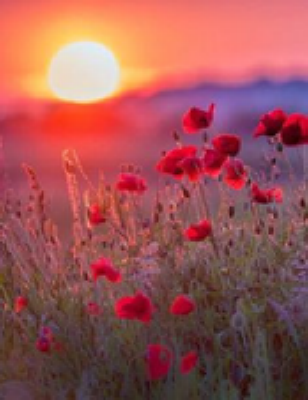 You can still show your support by sending flowers directly to the family, or by planting a memorial tree in the memory of Lola Ann Wurtmann