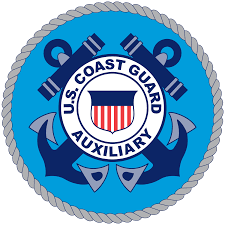 Mr. Fountain Leroy “Roy” Wallace, 89, beloved husband of Vivian Cherrix Wallace and a resident of Wachapreague, VA, passed away Monday, September 7, 2020 at Peninsula Regional Medical Center in Salisbury, MD. Born March 22, 1931 in Wachapreague, he was the only child born to the late William Naaman Wallace and Margaret Phillips Wallace.

A life defined by duty, honor, and commitment, Roy proudly served and protected the citizens of his country and community for 67 years. In 1950, he graduated from the University of Virginia with a bachelor’s degree in commerce and accounting, and a few months later, enlisted in the United States Coast Guard. Over the next three years, Roy was stationed aboard the buoy tender, CGC Madrona, as a gunner’s mate. Following honorable discharge in 1954, Roy and Vivian began their 66-year love story as husband and wife, and he began his career with United States Government. In his first assignment with the general accounting office, commonly referred to as the investigative arm of Congress, Roy assisted in providing reliable, nonpartisan reporting on federal programs and activities to ensure accountability to the American people. He later transferred to the Department of Commerce; an executive department of the federal government focused on promoting economic growth.

Following retirement from government service, Roy returned to Wachapreague and continued his dedication to public service as the mayor of his hometown and as a volunteer with the United States Coast Guard Auxiliary. He led the town for several terms, stepping down in 1988, when he became an officer of the auxiliary. Over the next 30 years, Roy worked his way through the ranks, becoming commodore for the 5th district to include Virginia, North Carolina, Maryland, and Delaware, a title he was most proud of achieving.

Roy always made time for Vivian, beginning with their courtship during college, where they frequented dances on the UVA campus. Over the years, they enjoyed weekend getaways, and especially looked forward to evenings on their back porch in the little city by the sea.

In addition to his parents, Roy was predeceased by his son, Michael Leroy Wallace. Left to cherish his memory along with his wife, are his grandchildren, Danielle St. Clair and Zach Wallace; special cousins, Barbara Blair and her husband, Gene, Darlene Tilghman, and Kerry Wallace; brother-in-law, G. Thomas Cherrix and his wife, Caroline; niece, Susan and husband, Robbie; and many other extended family members; as well as friends and colleagues. He is also survived by his dog, Harry, with whom he shared a special bond.

Services are currently pending and will be announced when scheduled.

To send flowers to the family or plant a tree in memory of Roy Wallace, please visit our floral store.